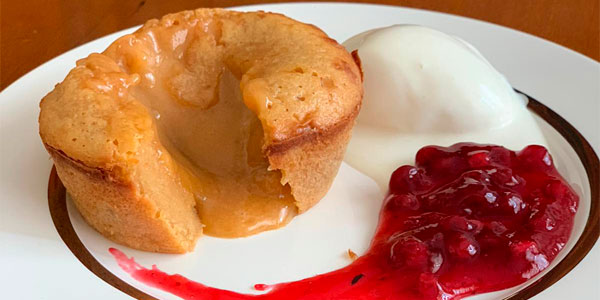 ¡The authentic! According to the recipe of its creator Michel Bras and with authentic artisan Jijona nougat.

The nougat coulant is a variant of the so-called chocolate volcano, or chocolate coulant, which was invented and patented by Michel Bras in 1981. The truth is that since its creation there have been thousands of variations in its filling, its way of preparing it and in its texture.

The coulant is based on freezing an uncooked sponge dough, which in turn has a frozen core inside. At the time of serving, put the cake in the medium oven (180º) for 15 or 20 minutes. This allows the cake to cook and the inner core to thaw. So when we introduce the spoon into the coulant, the interior spills out in a semi-liquid state.

Below we go on to detail the ingredients and the steps that we will follow to prepare our delicious artisan nougat coulants:

For the inner core of nougat:

For the outside nougat cake 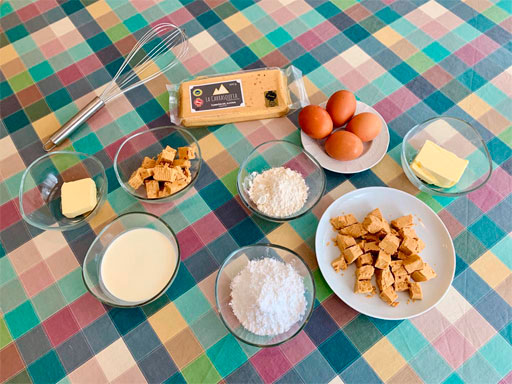 How to make homemade Nougat Coulant

First we will make the inner core of nougat:

Next, we will make the exterior nougat cake: 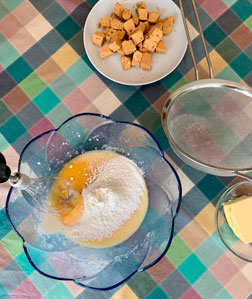 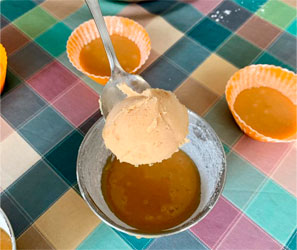 We must pay close attention to the baking process, this is one of the most important steps in the entire recipe; Since depending on the type of container, the amount of dough it contains and the characteristics of the oven, it should be more or less time. 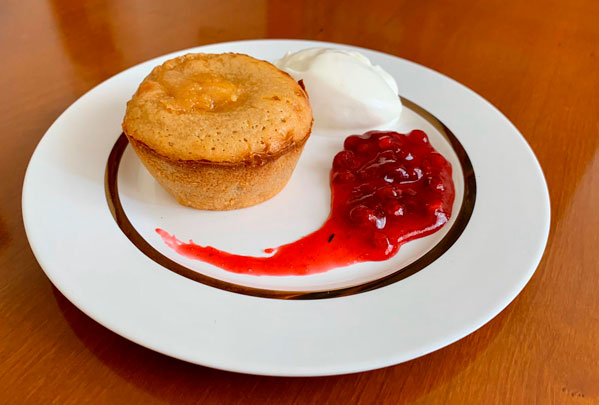 And that's how our delicious homemade nougat coulant is made!

We hope you liked the result and try to do it at home.

As we always tell you, we will be happy to answer your questions here or through social networks, and we hope to receive many photos of artisan nougat coulants following our recipe.

Greetings and we wait for you in our next recipe!  ❤️