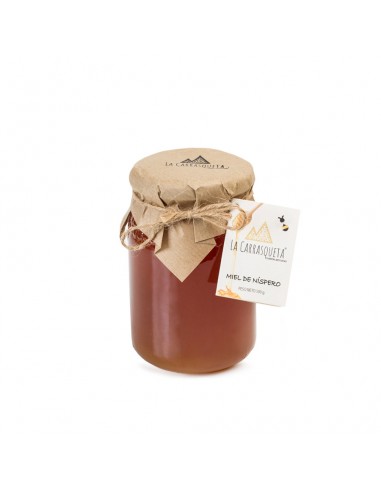 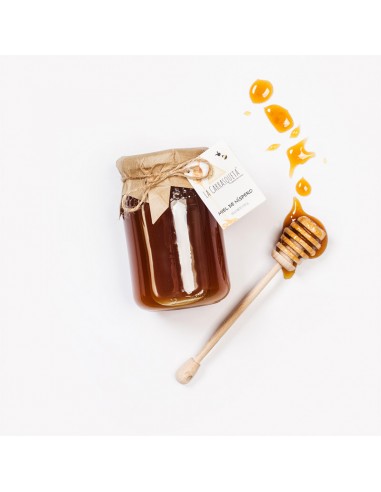 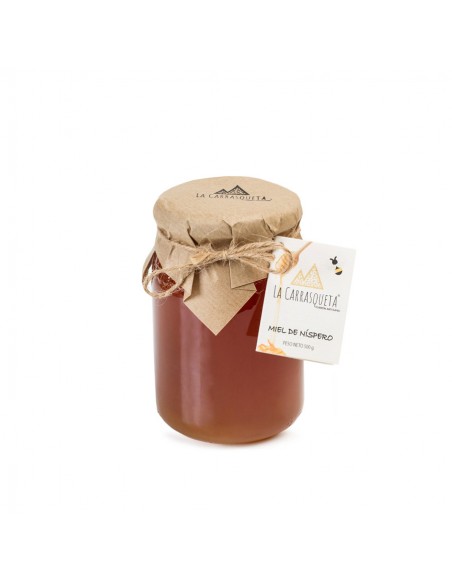 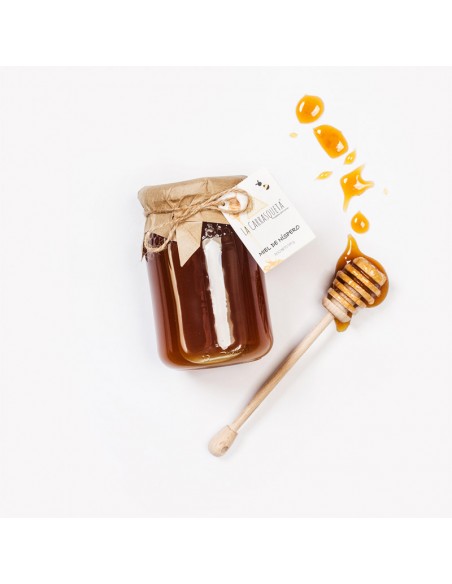 Honey almost exclusive of the province of Alicante, being our area one of the main producers of the country. So much so, that the loquats of Callosa d'en Sarrià (Alicante) have Denomination of Origin and are exported to the rest of the world.

Sweet fruity flavor with a slight bitter touch, which reminds us of the pleasant taste of loquat.

Like the loquat, apart from its flavor it is highly appreciated for its natural properties. It helps fight anemia and is considered a good natural laxative as an aid in cases of constipation.

Raw honey of 100% natural origin, collected by small beekeepers in the province of Alicante(Spain).

Nougat with denomination of origin

Our nougat are made under the denomination of origin of Jijona and Alicante.

*Making a minimum order of €46 (Spain). After shipping we will send you your tracking number.

We use encryption technologies and secure payment methods backed by companies such as VISA, Mastercard,...

You can contact us through Whatsapp, phone call, online chat, contact form and we will attend you in a personal and totally personalized way. 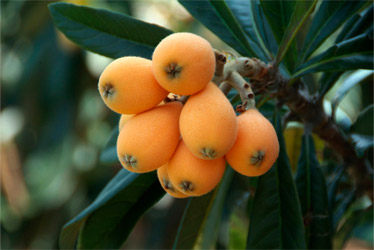 Loquat honey La Carrasqueta, is a honey collected by hand from honeycombs located between loquat fields. We are facing a very exclusive limited production honey from the southern province of Alicante (barely known in the rest of Spain).

The loquat is originally from Japan, arrived in Europe in the seventeenth century as an ornamental tree. From there, during the 19th century its cultivation and consumption of its fruits became popular throughout the Mediterranean area (France, Algeria, Turkey, Israel, Italy and Spain). Especially successful was in the Alicante areas of Polop, La Nucia, Altea, Vall de Guadalest and above all Callosa d'en Sarrià. This last population being known throughout Spain for its extensive loquat plantations and their quality. So much so, that their loquats have Designation of Origin of Callosa d'en Sarrià.

The loquat is a very popular fruit apart from its excellent taste, for beneficial properties for health, since it is a fruit very rich in vitamins, with a lot of fiber and very low in calories. Among its most outstanding properties are its high content in carotenoids that favor the care of our skin. Therefore, we recommend that if you have never tried this fruit and have the possibility of acquiring it, it will be a food that will surprise you very pleasantly. 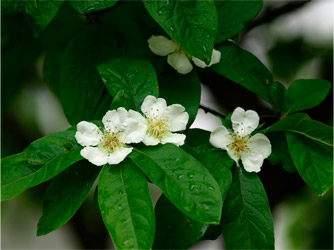 Its collection date occurs during the months of late autumn and early winter coinciding with the loquat flowering. An era where daytime temperatures barely exceed 12-15º in these areas of the interior of Alicante. This means that due to the shortage of nectar from other flowers, bees take advantage of the loquat's flowering to obtain their nectar.

Loquat honey has a color between dark orange and light amber. It has a sweet fruity flavor that reminds us of the flavor of the loquat fruit, with a slight bitter touch, very soft and pleasant to the palate.

Honey crystallization very fast. Crystallizes in thick and irregular crystals. This process can be avoided by slowly heating the water bath, but without exposing it to high temperatures that make us lose the nutritional properties present in honey.

Like the rest of our honeys, loquat honey La Carrasqueta, is raw honey of 100% natural origin, which has not been manipulated or pasteurized, preserving all the properties of honey. It has been collected manually by small beekeepers of the Valencian Community (Spain).

Among the beneficial properties attributed to loquat honey, we can highlight:

Loquat honey is a honey that can be enjoyed alone, mixed together with an infusion or with hot milk, or in toast.

Store in a cool, dry place. Due to its purity this honey tends to crystallize, this natural process can be avoided by heating the water bath.

Honey is not recommended for children under 1 year. 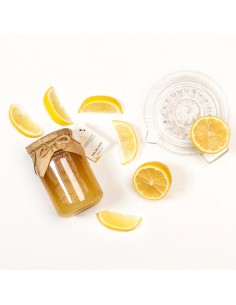 La Carrasqueta Turrón Artesano
6 reviews
€6.35 €7.56
Honey obtained from the flower of lemon blossom, with a floral aroma, has a sweet taste with a strong citrus touch, which in the mouth reminds us of the smell of lemon blossom. Indicated to: soothe throat irritations, help you fall asleep, reduce headache and migraines and help fight flu, colds and increase our defenses. It is a perfect honey to... 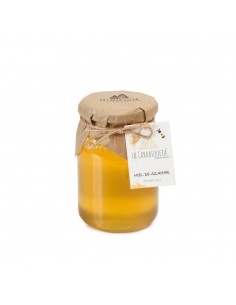 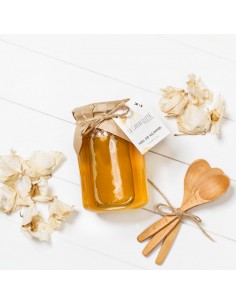 La Carrasqueta Turrón Artesano
3 reviews
€6.36 €7.57
Very soft and aromatic honey, characterized by the unmistakable floral aroma with citrus touches that bring the orange blossom flowers of the citrus trees from which it comes. Collected in the spring months, it is the Mediterranean honey par excellence, due to the large number of citrus trees in this area. Raw honey, of 100% natural origin, which has... 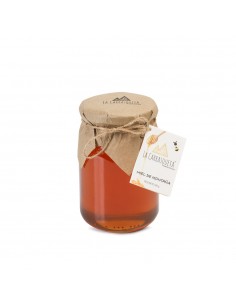 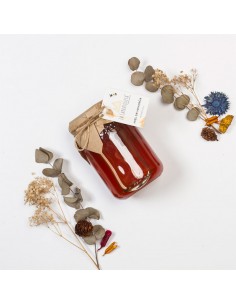 La Carrasqueta Turrón Artesano
2 reviews
€6.17 €7.35
Honey collected in high mountain areas with the presence of multiple species of wild flowers. This type of honey has an intense floral aroma with a fruity touch. Its taste is sweet, although it can present some salty or acid touch if the heather is present in the area. Pure honey of 100% natural origin. Collected by small beekeepers of the Valencian... 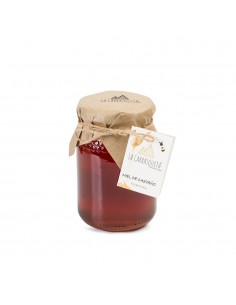 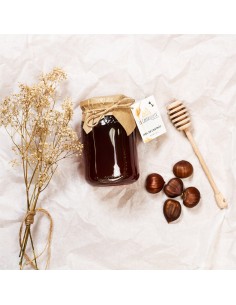 La Carrasqueta Turrón Artesano
2 reviews
€6.59 €7.32
Seasonal monofloral honey, collected from the fields with chestnuts in bloom during the months of August and September. Very appreciated both for its beneficial properties for health and for its great culinary value. Raw honey, of 100% natural origin, which has not been manipulated or pasteurized. Collected by small beekeepers, from the hive home.... 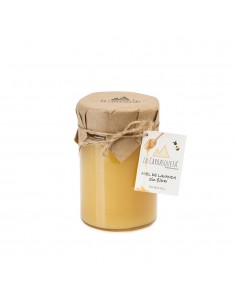 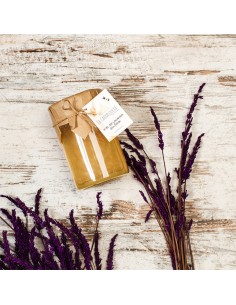