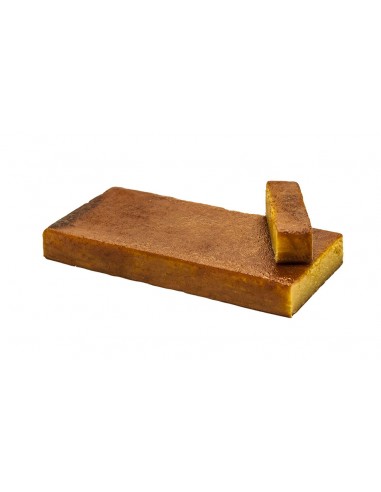 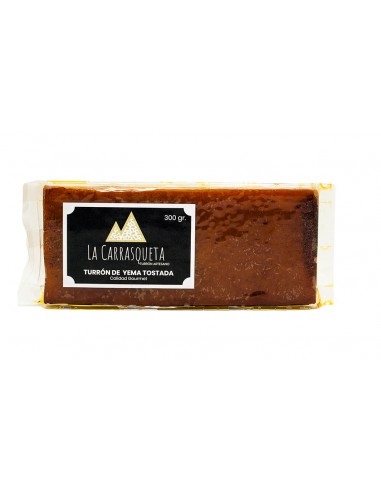 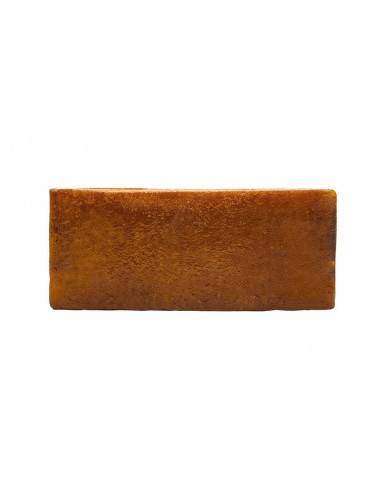 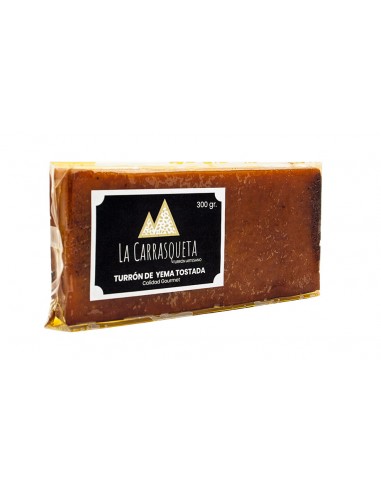 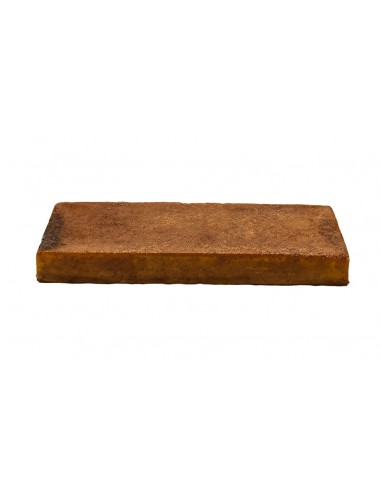 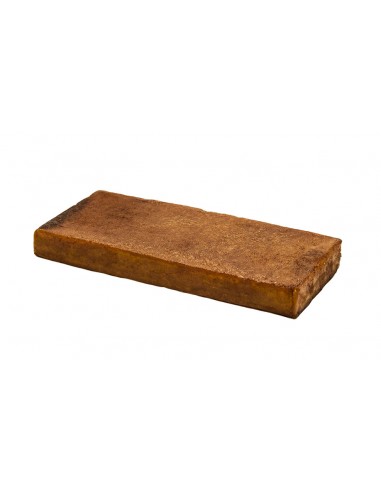 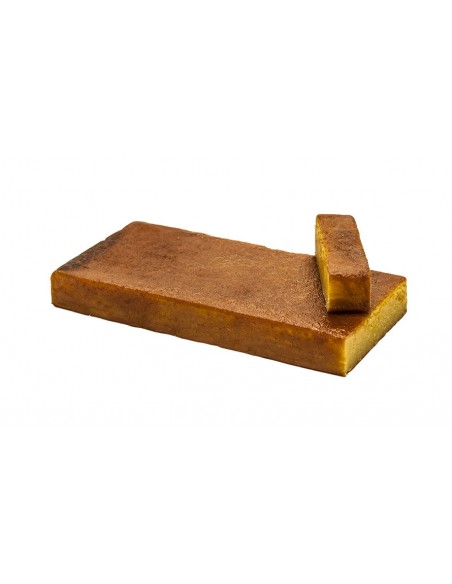 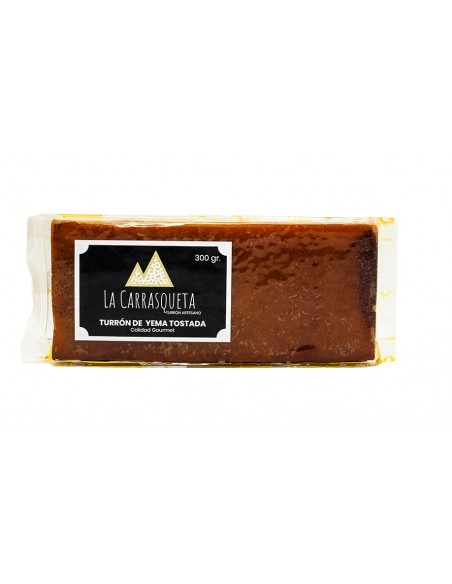 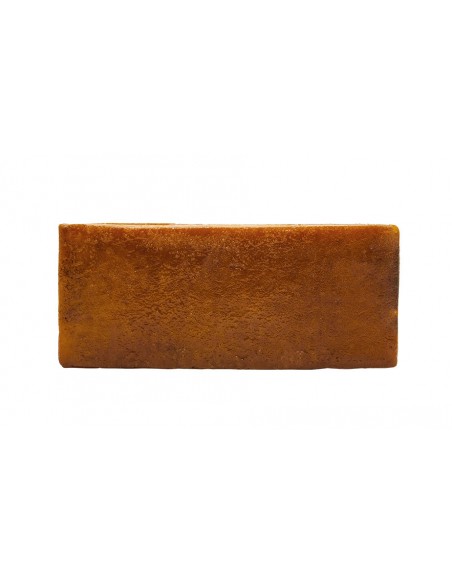 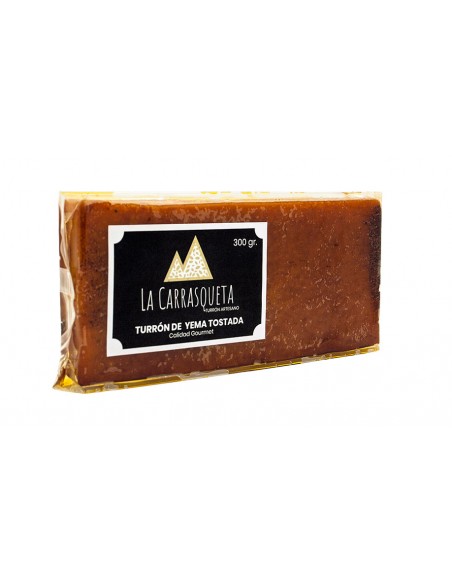 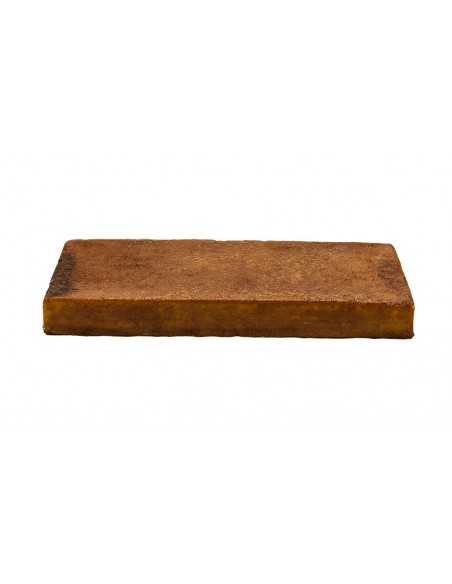 The toasted yolk nougat, is one of the best-selling baker's nougat, owes its name to the process of burning with sugar to be made at the end of its preparation. Giving him that toasted point that gives him that taste so appreciated by consumers.

That aspect, is the only difference with respect to its namesake the Natural Yeast Turron 300g.

In addition to the toasted yolk nougat of 300g, we also have the format of 150g Toasted Yolk 150g Nougat. 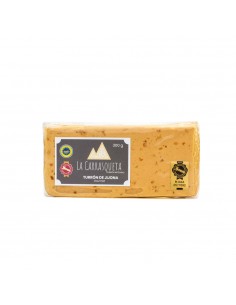 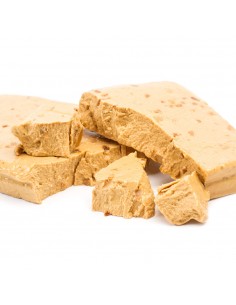 La Carrasqueta Turrón Artesano
010103102
12 reviews
€7.27 €8.16
Jijona nougat, also known as soft nougat for its soft and creamy texture combination of marcona almond and orange blossom honey. We are facing the nougat with a designation of origin par excellence, that nougat that places Jijona on the map and for which every year so many people travel to buy nougat from the municipality. For its elaboration, first... 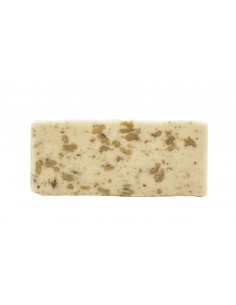 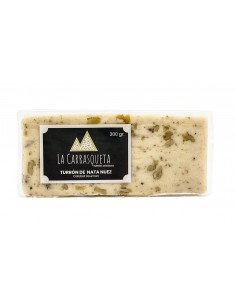 La Carrasqueta Turrón Artesano
010103106
1 review
€6.32 €7.44
The turrón de natanuez is an artisan nougat that combines the mild flavor of marzipan obtained from the Marcona almond, with pieces of natural walnuts inside. This nougat is very similar to the nougat of snow also made with marzipan but with nuts embedded inside it. 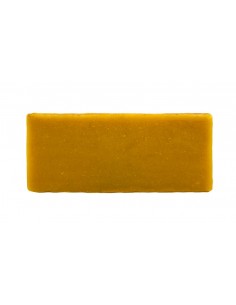 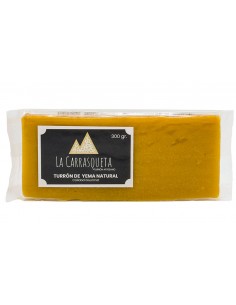 La Carrasqueta Turrón Artesano
010103107
€6.32 €7.44
The nougat of natural yolk or also called unroasted yolk nougat in reference to its most famous relative the Toasted Yolk Nougat has a lighter color characteristic of the yolk of the egg and a softer flavor than the previous one. As a curiosity, the origin of both this natural yolk nougat and the toasted yolk nougat occurred in the nougat factories... 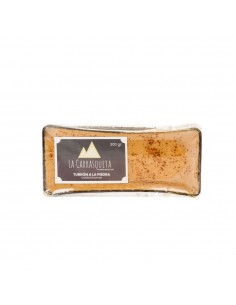 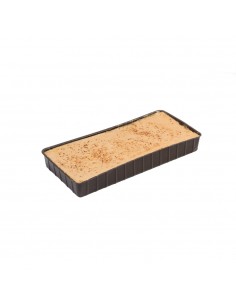 La Carrasqueta Turrón Artesano
010103109
4 reviews
€7.48 €8.91
The Turrón a la Piedra is another nougat of jijona par excellence, whose characteristic flavor is very appreciated by consumers. Its texture is a little softer than nougat de jijona, and unlike this, does not contain honey in its preparation. The main ingredients are almonds, sugar, lemon and cinnamon; I feel these last two responsible for giving that... 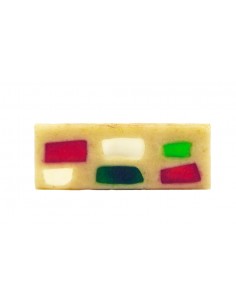